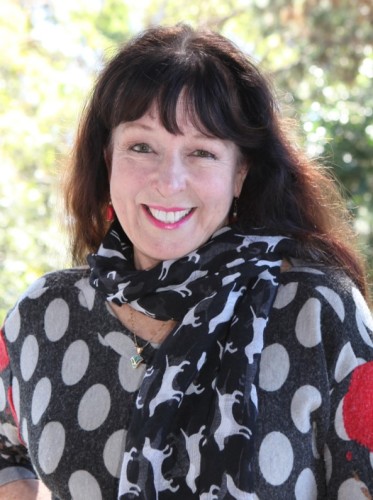 Lesley was born in Alice Springs and grew up in Sydney.  She worked as a singer and dancer in musicals and operas, was a high school art teacher and holds a doctorate in Egyptology.  As a young woman, she ran for election to Marrickville Council.
Lesley was active in the Franklin Dam controversy and worked as a peaceful direct action and campaign building trainer for the Wilderness Society, in a group called Chrysalis.
Seeing the Australian population being coerced into medical procedures; children removed from parents who resisted state-sanctioned medical interventions such as chemotherapy and vaccination; and suppression of medical research that went against established opinion, sparked outrage in Lesley and triggered her to enter the political realm.
Lesley is passionate about the individual’s right to make their own decisions around what affects them physically, and their right to freedom and privacy.  She was Vice President of No5G Inc since its inception and has spent the last four years researching the physical effects of EMF radiation together with the subsequent far-reaching issues of mass surveillance, loss of privacy and freedom, and the impact on animals and ecosystems.  Having been seriously adversely affected by EMF radiation herself, she would like to see full transparency regarding who really benefits from the 5G rollout, asking specifically whether the benefits for the population outweigh the costs.
Likewise, Lesley would like to see accountability for the current pandemic mandates and full disclosure of the impact of lockdowns, mask mandates and inoculations on the population, as well as an end to fluoridation of the public water supply.  Her stand is that freedom of information is key in a democracy, as well as choice regarding medical treatments.
Lesley is a strong advocate for human rights and has been active in alleviating some of the undue pressure placed on Aboriginal communities during lockdowns. This entailed organising legal support by including them in some class actions and organising food packages during the most forceful attempts at coercion.
Due to her great love of animals, she is distressed by their poor treatment and management and she is equally troubled about the degradation of our ecosystems and poisoning of our water, land and food with pesticides, fluoride and GMO crops.
VISION
Lesley wants a full investigation into the recent and potentially ongoing regime of lockdowns, mask mandates and coerced inoculations, as well as a senate enquiry into the rollout of 5G.
CONTACT:
email | lesleykinney@gmail.com
DONATIONS:
Account Name: Informed Medical Options Party
BSB: 062560 | Acct No: 10448211
Reference: Lesley Kinney
Election resuls here